The long-awaited biggest Kpop festival in town was finally here!

After the waiting that felt like forever, SUPER KPOP FESTIVAL INDONESIA 2019 was finally held on September 28-29, at ICE BSD. Claiming itself as the biggest KPOP festival yet in Indonesia, the venue was crowded by fans of the 11 artists on the line-up which were divided into 2-day concert. The day should felt longer, but thanks to various food booths and activities happened on smaller fan’s corner stage, the crowd was far from feeling dull. 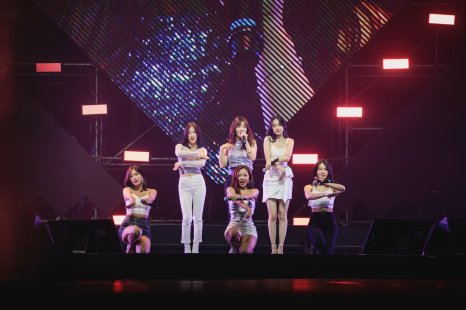 We were getting closer to the opening, but a lot of fans were still seen outside the concert hall. Day 1 unfortunately started with chaos as most of seat category buyers were late to bring in and seemed to missed a little bit of NU’EST performance, the first performer to go. Apparently, the promoter also shared another unfortunate news before the show went on as NU’EST and Apink had to rush to the airport and didn’t have any choice other than to cut their number of stages. Yes, day 1 show was delayed for about 1 hour which might explain the unexpected rush.

Fans of NU’EST and Apink definitely would feel the treatment unfair as both group had to perform only 4 and 3 songs each due to the unfortunate situation, while the next performers had the chance to lullaby the crowd with 5-6 songs each. The concert went on with stages from Ha Sungwoon, Tiffany Young, Red Velvet, Kyuhyun, and Super Junior D&E. 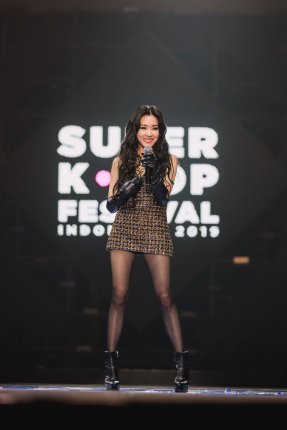 Our favorite bird Ha Sungwoon performed 6 songs in total, including his latest comeback title track Blue. Our favorite of the night goes to Tiffany Young who did amazing whether it’s for performance quality or fan service. The queen owned the stage wholly and never failed to let us know our presence by constantly conversing with the crowd.

Two-day trio Red Velvet, Kyuhyun, and Super Junior D&E did amazing on wrapping up the concert with their performances. Kyuhyun, despite self-claiming himself to make the night gloomy with his ballad songs, turned us into happy pills as he looked genuinely overjoyed for coming back to Indonesia again after his military discharge. And lastly, Super Junior D&E gifted their fans a lovely surprise as they brought their beloved debut performance of “Oppa Oppa” to the festival. 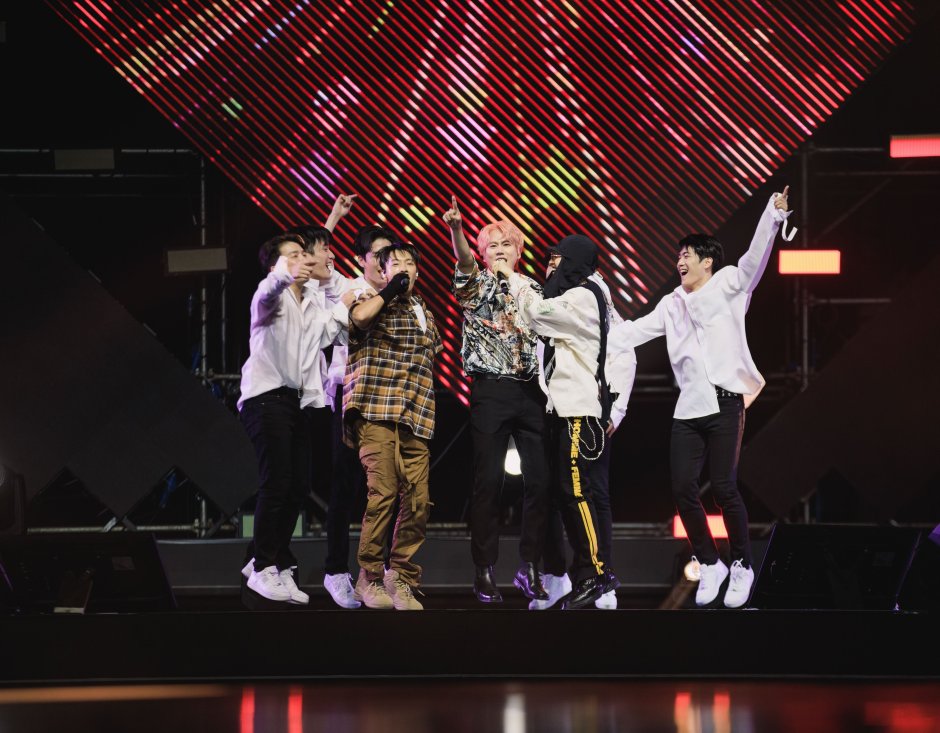 Despite all the ruckus that happened minutes before the show, SUPER KPOP FESTIVAL INDONESIA 2019 and its line-up easily let us forget them with their breathtaking lighting works and astounding stages. The moment we entered the hall and see the stage upon us, we immediately fell into love at first sight, especially because we entered with NU’EST right in front of our eyes. As we love all the line-up, we unfortunately might not fully relate with the hearts of fans who came all the way to only watch NU’EST and Apink, but nonetheless we sincerely hope that the other performers could heal the wound with their splendid show.