The most anticipated concert by Super Junior’s Indonesian fans, Super Show 7S in Jakarta, was finally held last Saturday at ICE BSD City The arrival of Super Junior to Indonesia with 8 members, Leeteuk, Heechul, Yesung, Shindong, Eunhyuk, Siwon, Donghae, and Ryeowook, was greeted enthusiastically by the fans who have been missing them their visit for years.

The concert was opened with the piano sound, which was beautifully played by Ryeowook, then accompanied by ‘Black Suit’. Heating up the audience, Super Junior continued their performance by presenting their anthem, ‘Superman’ and followed by old hit ‘Don’t Don’. 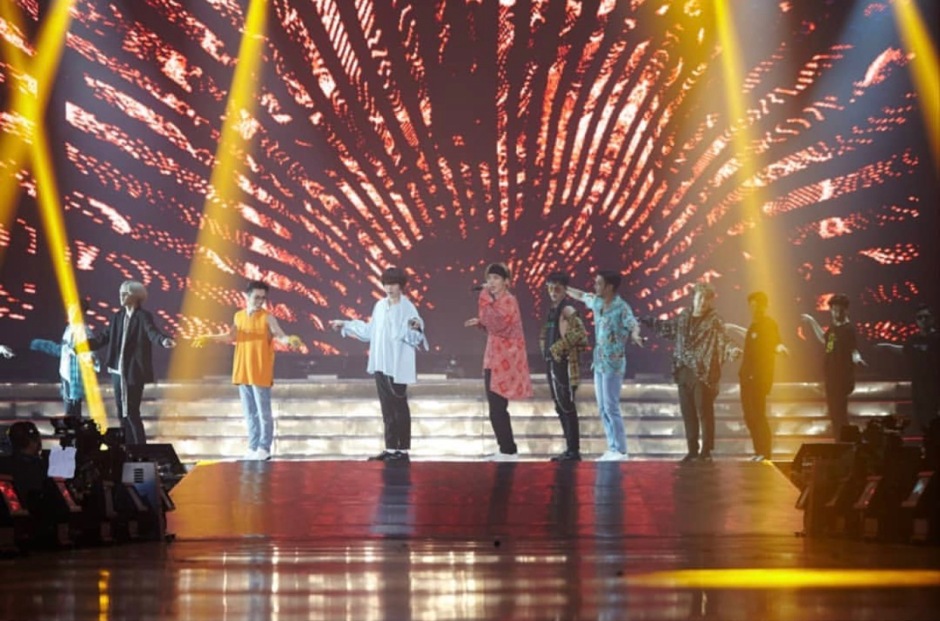 After performing 3 songs, Super Junior greeted their fans started by Shindong’s, “Apa Kabar?” (t/n: How are you doing?) and expressed his delight in being able to meet again with Indonesian E.L.Fs (the name of Suju fans). The group’s eternal maknae, Ryeowook, revealed that after returning to Indonesia there was a lot of food he wanted to try like fried noodles and fried rice. When Donghae’s turn, he teased fans by saying, “Today you are beautiful and sexy” which made fans hysterically shouted. Returning to Indonesia, Yesung expressed how felt touched and promised to give extraordinary memories to fans.

As known, before the concert in Jakarta, Siwon spent his time to vacation in Bali. He told fans that the last days were very pleasant to him. Besides that Siwon said there were special guests at the concert tonight. When it was Heechul’s turn, he revealed how Kyuhyun, who had just completed his military service, feel bad because he could not come to Indonesia, but he could possibly join the upcoming SS8. Eunhyuk explained that it is not easy for members to gather due to their individual activities, but thanks to the fans’ support, Super Junior can gather and hold SS7S in Indonesia. Then leader, Leeteuk, greeted fans, “Selamat datang. Nama saya Leeteuk”. Then continued with his favorite Indonesian words, “Saya suka gadis Indonesia” (t/n: I love Indonesian girls), which made fans shouted hysterically.

Super Junior went back to the stage after break with their latest song ‘One More Time (Otra Vez.)’, with dominated all-black looks. In this concert, Suju invited fans to go down the memory lane with their 2009’s hit song ‘I’ts You’ followed by 2008’s ‘U’ that was opened by Donghae and Eunhyuk’s dance performance.

The mood went calmer with Yesung’s stage of his popular OST ‘It has to be You’ and ‘Drunk in the Morning’ by Ryeowook. E.L.F’s beloved duo Super Junior D&E heated up the stage with ‘Oppa Oppa’ and ‘Can You Feel It’, completed with the fans’ chant and dance surrounding the hall. After a fun ment with all the members in school uniforms, Super Junior perform ‘Runaway’ and ‘Rokkugo’

A COLLABORATION WITH A BEAUTIFUL HARMONY

The next performance shows Yesung and Ryeowook standing on the different sides of the
stage and fans started to scream loudly when the two of them began to sing Indonesian hit song ‘Tegar’. The scream turned even louder when the original singer, Rossa, appeared on the stage and joined both of them. Rossa expressed her pleasure to be here and making the dream come true. Yesung said the opportunity to sing with her is an extraordinary honor, while Ryeowook said that in the future they would like to provide collaboration with Indonesian songs. The collaboration ended with a warm hug. Rossa shared her hope for Indonesian songs to also be known in South Korea after her ‘Pudar’ solo performance ended.

WE WILL ALWAYS WAITING FOR K-POP KING, SUPER JUNIOR! 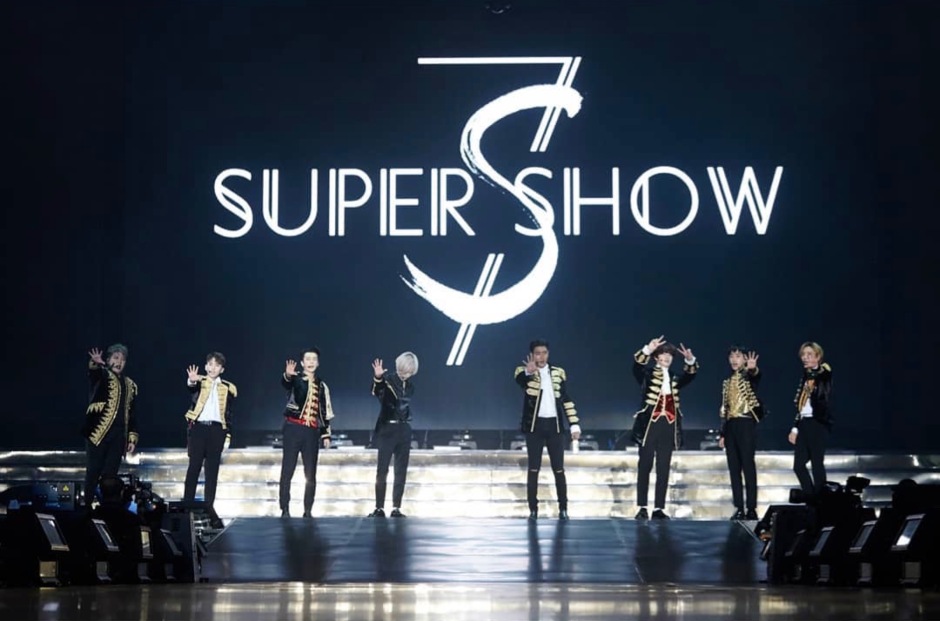 As we arrived to the end of the concert, Super Junior opened the encore with ‘Miracle’ while having fun and interacting with fans. When the song ended, in the last Shindong revealed that the night was beyond his expectations, he also felt happy how Indonesian fans always giving them good impression. The members also promised to return to Indonesia again. “After returning to Korea do you know what we will do? We will prepare a Super Junior’s new album, then we will definitely prepare a Super Show again, right? We will return as soon as possible” said Donghae. Eunhyuk also promised that Super Junior would return with their next Super Show.

Before leaving the stage the members expressed their gratitude and last greetings to all the fans who had attended their concert. Eunhyuk as the last one on the stage waved and said, “Good Bye, aku cinta kamu (t/n: I love you)” before actually leaving. Thank you Super Junior for returning to Indonesia and giving the best and unforgettable show. We will continue to support you! See you again, Super Junior! Also thanks to Mecima Pro for inviting us to witness the amazing concert of the king of Kpop.