Wanna One, a group comprising of 11 contestants whom survived at the end  idol-making reality competition, Produce 101, finally came to Singapore last Friday as first Southeast Asia stop for their World Tour, ONE: The World. 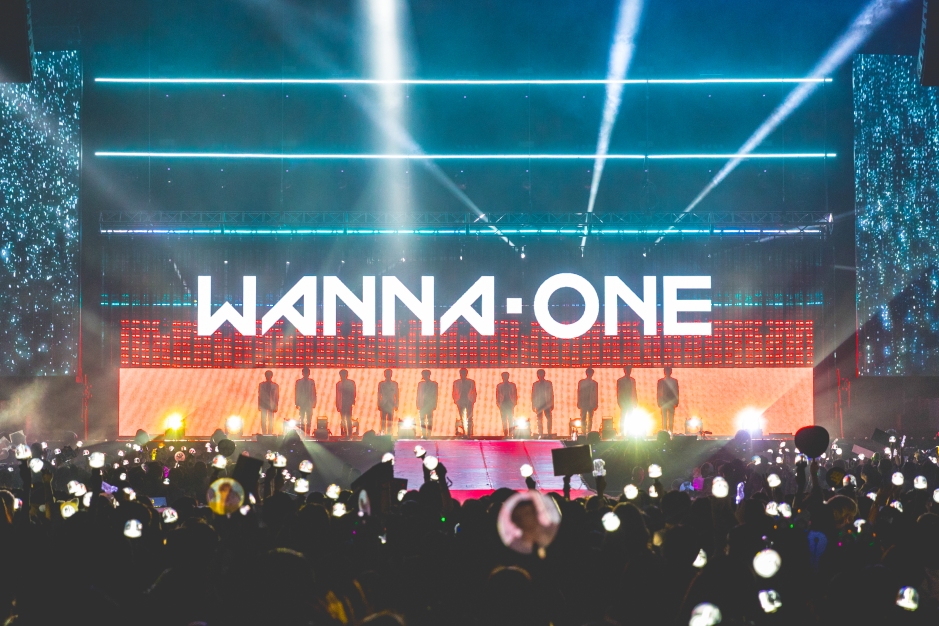 The group started off the concert with their hit song ‘BURN IT UP” to bring up the screaming, exciting atmosphere. Fans were shouting and cheering when the boys were performing.

During the introduction part, leader Jisung, reminded fans to be careful in the standing zone, and have everyone to move one step behind to ensure safety.

Games were played during the concert, to demonstrate their acting skills. Jaehwan was chosen to act with the scrip of one word ‘Shiok’.

He  drank the water using the straw in the bottle and he shouted ‘So Shiok’ which was correctly demonstrated how the word ’Shiok’. Woojin acted on how he ate the Singapore’s famous chili crab deliciously by “eating” Minhyun’s fingers as though they are the crab’s claws.

This concert did not only have their group performances, but also the most anticipatng solo and unit stages. The unit stages comprised of Triple Position (Kang Daniel, Kim Jaehwan, Park Woojin), Lean On Me (Hwang Minhyun, Ha Sungwoon, Yoon Jisung), The Heal (Lee Daehwi and Ong Seongwu) and No.1 (Bae Jinyoung, Lai Kuanlin, Park Jihoon). The solo stages include Minhyun dance solo instead of singing,  The highlight of his solo was dancing while being blindfolded, fans was enjoying while watching him dance sexily. Not only that,  Daniel had also showed his brilliant skills in dancing during his solo stage too.

Moving on to the unit Stages, Seongwu and Daehwi, had their unit stage by having  Daehwi on the piano and Seongwu dancing emotionally. This unit was known as The Heal. The song performed was ’Sandglass’, which showed a short montage of their journey from trainees on Produce 101 to what they are now. 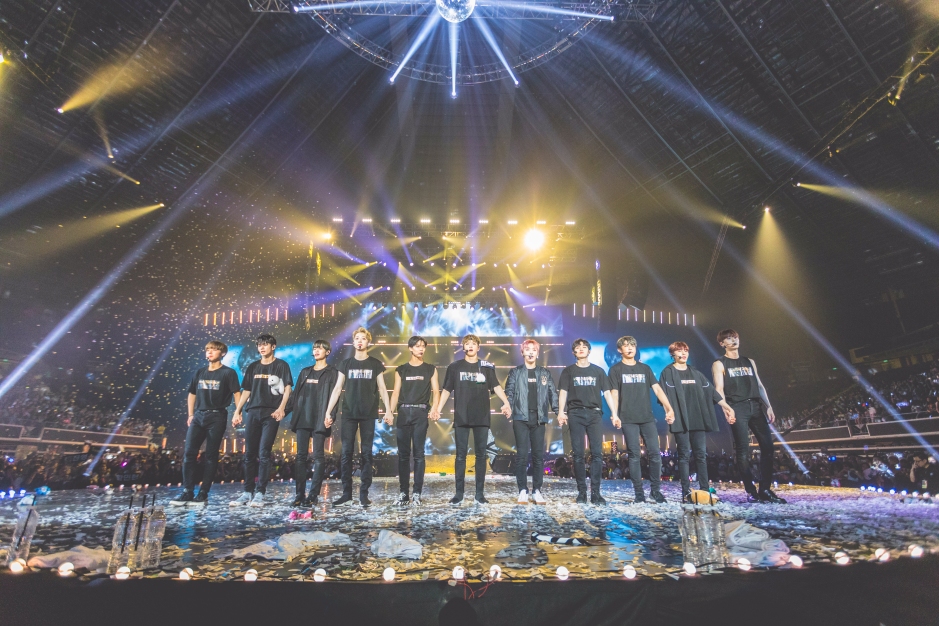 During the ment, Seongwu mentioned that due to the loud chants, his ears will be ringing till the next morning. The boys also mentioned they they will promise to come back to Singapore again soon. Jihoon told that fans that he will remember all by capturing everyone inside his heart. Wanna One greeted and bowed to the fans who attended the concert before they ended the concert.

We believe that Wannables treasured and was satisfied with the moment at the Singapore stadium with Wanna One as this should be the last time seeing them in the concert before they disband in the December 2018.

Once again, Korean Updates would like to thank One Producition for the invitation to this event.

Written by: Jennifer Teh
Photos by: One Production