After 4 months, Red Velvet returned to Indonesia for the ‘The ReVe Festival’ Day 2 Fan Event which was held on September 3 at Dian Ballroom, Jakarta. On this occasion, before the event began, Irene, Wendy, Seulgi, Joy, and Yeri greeted the media for the Press Conference. Here is the report.

Q: besides the title tracks, which beside track from all the album that recommended to fans?

Seulgi: I personally recommend track number 3, Love is The Way which when we listen to the song, as if we are in a musical place.

Q: Any Plan to have a solo concert in Indonesia?

Seulgi: Whoa really want to. Because the last we came here, we really felt the love of Indonesian fans. If we hold the next concert, we want to hold it in Indonesia. 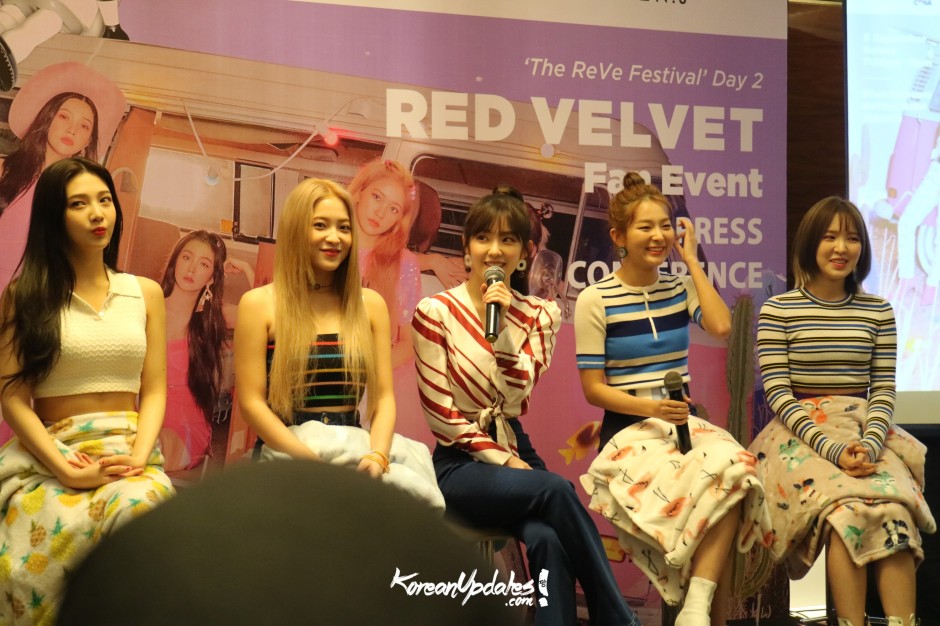 Q: From this 5 years, what is unforgettable moment being Red Velvet member?

The difference between debut until now is that now we are more relaxed than we were at the beginning of the debut. Starting with the gesture, the movements and expression of the bow are more relaxed.

Q: Red Velvet has been  to Indonesia for sometimes, what is the best Indonesian food you ever tasted and tell us what

Seulgi: At first, this morning I ate nasi goreng (fried rice). Really really delicious. In other places I’ve also eaten, but because Indonesia is the country of origin. So fried rice here is the best.

And also if there is another chance, I would love to try other foods because Indonesia is famous for delicious foods. But maybe I want to try the food at the market.

Q: The latest Red Velvet song called ‘Umpah Umpah’, what is the meaning of that song and positive message you want to tell us from the lyrics?

Irene: This song is about someone who can’t get out of the sea of Red Velvet love. So Red Velvet teaches how to breathe and how to survive from their love. The positive message is that we saved them.

Joy: In my opinion, the positive message is for one year right like humans normally do, we working hard every day. So through this song, we can encourage people, especially in Korea in the summer. So maybe they can have fun.

Wendy: So Umpah Umpah is a way of breathing, learn to breathe while listening to the Red Velvet song. So they can survive from their love. 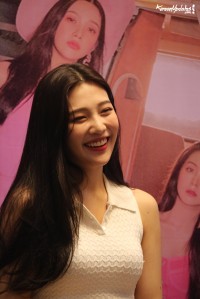 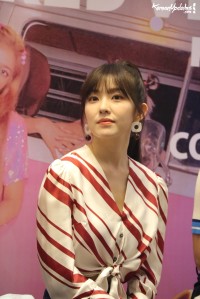 Q: Summer is Red Velvet. If you could choose aside from summer queen, what would you remember as?

Joy: We want to be a bright group. We are 5 encouraging women for our ReVeluvs.

Wendy: We are also ready to be friends in 24 hours. Become an encouragement and also a friend.

Q: After Ellie Goulding and Jhon Legend, do you plan to have a collaboration with another International artist?

Wendy: Whenever we are always ready. So if anyone wants to collaborate with us, we are ready.

Q: What is the most memorable moment with Indonesian fans when you came here?

Seulgi: When we sang we used earphones. We should have been able to hear clearly, but because the fans’ voices were too loud, we can’t hear properly. And at the airport, we were welcomed by ReVeluv with extraordinary. So we really remember those two things.

also one of our personnel (Joy) has a birthday. At the airport, everyone sings happy birthday. 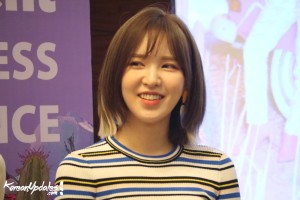 Joy: When I was 19 years old, we have ‘Be Natural’. At that time I was very young, so it was quite difficult to express a mature concept. it’s rather unfortunate, so if there is another chance to sing Be Natural, I think I can do better.

Seulgi: I want to try  ‘Ice Cream Cake’ again. In the past, our hair color had to be all yellow, but our hair is now somewhat damaged. So we can’t repeat again. If we have another chance, we want to dye our hair yellow.  We want to try it.

Seulgi: Their reactions and expressions are extraordinary. When we performed, they could follow singing clearly even though it was Korean.

Joy: also the look in their eyes which sent from fans to us, that’s something that makes us touched.

Q: The thing that red velvet missed when you returned to Indonesia and what special performance will you be performing tonight?

Wendy: We really miss the reaction from Indonesian ReVeluvs. We really enjoyed the event with fans who came to watch us. So we can’t wait tonight to enjoy with fans.

For special performances, there are songs that have never been performed here. 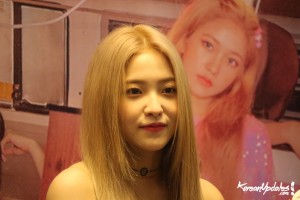 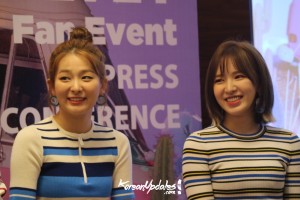 Red Velvet will meet fans at ‘The ReVe Festival’ Day 2 Fan Event. Also at the end of this month, September 28-29, Red Velvet will return to Indonesia for ‘Super K-pop Festival’. Make sure you come and watch so you don’t regret it!

KoreanUpdates would like to thank Cana Global Media, Three Angles Pro and Tokopedia for inviting us to press conference.