DShow has announced that they will be bringing Jeong Eunji‘s solo concert tour to Singapore this June at Zepp@Bigbox. There, she will spend a fun evening of [...] 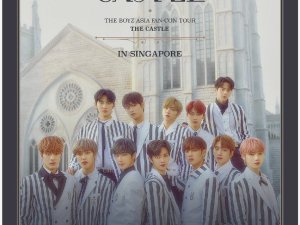 The Bs in Singapore, get ready because THE BOYZ is heading to your country this June 16! The BOYZ is taking over Asia with their Fan-Con Tour “The Castle” as they visit 6 [...]

You have everything to be excited about: you’re the one in charge, you call the shots, and you make things happen for yourself. But, being on your own comes with [...]

We’re ready to Burn it up! This summer promises to be the fieriest as of yet with Bae Jin Young heading to Manila in his first ever solo tour. Catch him in Bae Jin [...]

Chung Ha will be meeting her international fans in Hong Kong and Singapore this April! A former member of the now disbanded girl group I.O.I, Chung Ha made her solo debut to [...] 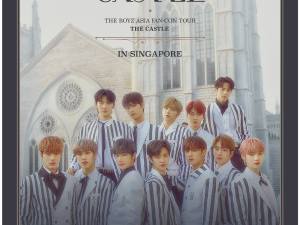 ONE OF THE MOST ANTICIPATED RISING KPOP GROUP IS COMING TO SINGAPORE! THE BOYZ ANNOUNCES THEIR FIRST ASIA TOUR WITH STOPS IN HONG KONG, THAILAND, JAKARTA, SINGAPORE, [...]

The long wait is over! The grandest, longest-running and most prestigious Kpop event is back! KPOPCON X : The 10th Philippine Kpop Convention is happening on March 3, 2019 at [...]

Live Nation and ONE Production are proud to announce BLACKPINK 2019 WORLD TOUR [IN YOUR AREA] SINGAPORE! The upcoming world tour has been confirmed to be held on 15 February [...]