It’s been close to two years since the K-pop sensation, Eric Nam visited the land down under. Finally, on a Wednesday night in Melbourne, he’s back to bring us spicy and lively stages, performing in the land down under as part of the There and Back Again Tour. 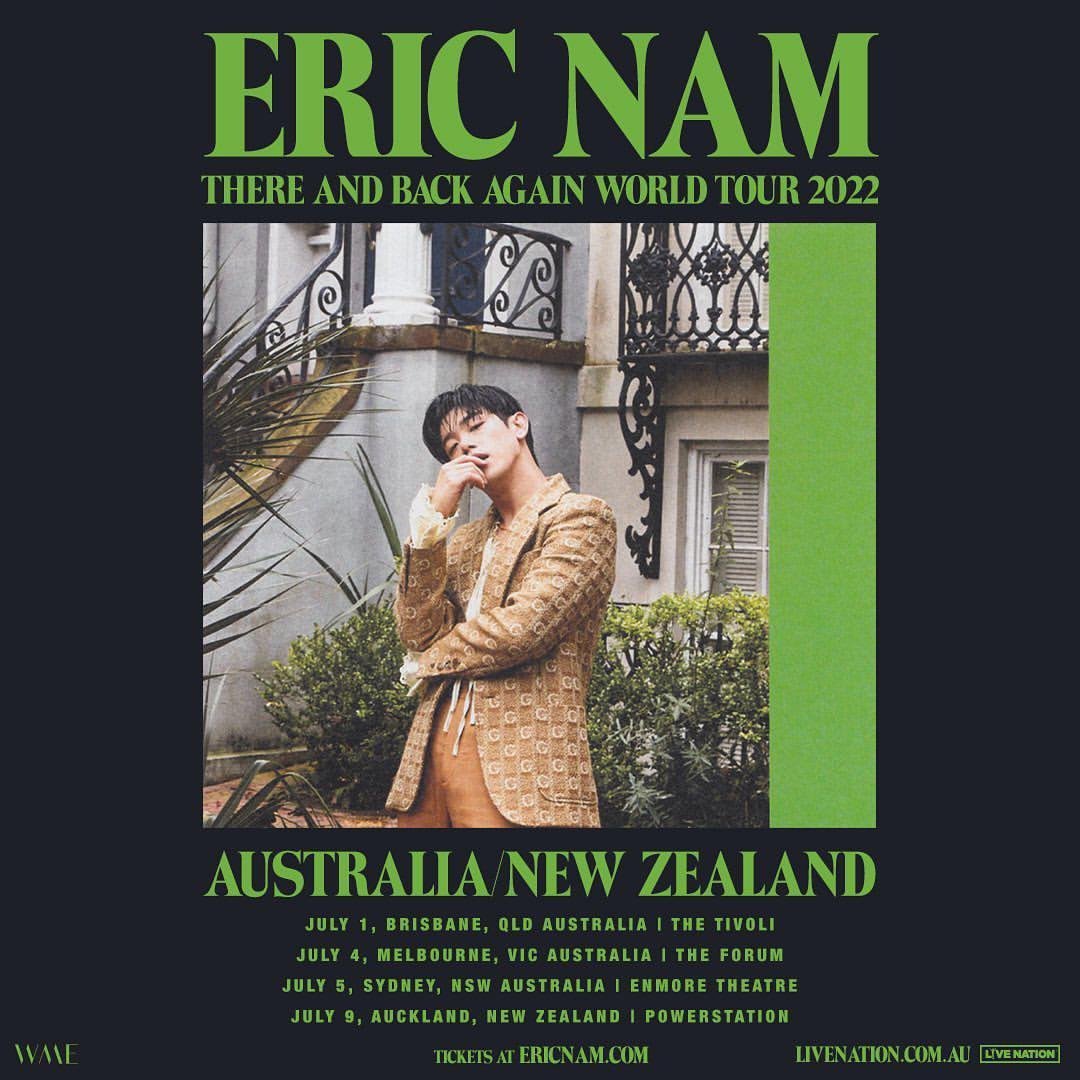 There have been multiple hiccups before we finally get to see Eric Nam. He wanted to visit for his Before We Begin world tour before COVID-19 strikes and essentially halting all concerts. Eric was then scheduled to perform in Australia in July before rescheduling his concerts to September. I might have to say though, the wait was worth it.

Before having Eric up on stage, we were greeted with Grent Perez with an amazing setlist to bring up the mood to get the crowd starting to groove and warm up. Eric Nam is then finally on stage with his first song, Any Other Way, greeted with lots and lots of cheers that can definitely be felt. The next couple of songs pumped the crowd up with the band playing in the background and then we got Eric Nam speaking to his Nam Nations.

As with any other Eric concerts, he mentioned that his shows were more of a TED talk as he speaks a lot in between the setlist, which was then proven throughout the night. The Korean-American singer then continued with his hit songs, “Runaway” and “Down for You” before getting into “Echo” which was a collaboration between Eric Nam, Armaan Malik, and KSHMR.

In between songs, Eric gave a shout out to people who were there against their own will, the chaperones, parents, friends, boyfriends, girlfriends, everyone that was “dragged” to be in the show. He also mentioned how he would hand out tequila to everyone if he had it on him after noticing that there was no alcohol served during the concert.

The next segment of the show was a special segment where fans were able to request songs that will be sung acoustically with a guitarist on stage. There were multiple song titles heard throughout the crowd but “I Don’t Miss You,” “Good for You,” and “One Way Letter.” This segment is unique in the way that there will be different songs requested in different cities and thus would lead to different setlists during the acoustic session.

After singing one of his first English singles, “Love Die Young,” it was time for birthday shout outs before slowly wrapping up the night. Eric then sang one of a crowd favorite, “You’re Sexy I’m Sexy” and “Honestly” before giving out his thanks towards the band, dancers, crew, not forgetting, arguably, the most important people of the night, the Nam Nations. He ended the night with “Congratulations” before going off stage.

The crowd then yells out for an encore stage and before we know it, we get Eric back for the encore stages “Wildfire” and “I Don’t Know You Anymore.” He made us promise to come back to his show if he ever does return, in which we definitely will. We hope to see you real soon, without postponements, Eric! Thank you for a great night!