Kang Daniel met the reporters for his ‘Color On Me’ Fan Meeting ‘s only exclusive press conference yesterday .

Singapore is the first stop for the Color On Me Fan meeting after the solo debut. Kang Daniel told the organisers that he wanted to use regular so that he can meet and greet his fans. The Kpop idol mentioned that he was touched and grateful when he saw many fans turned up at the airport. 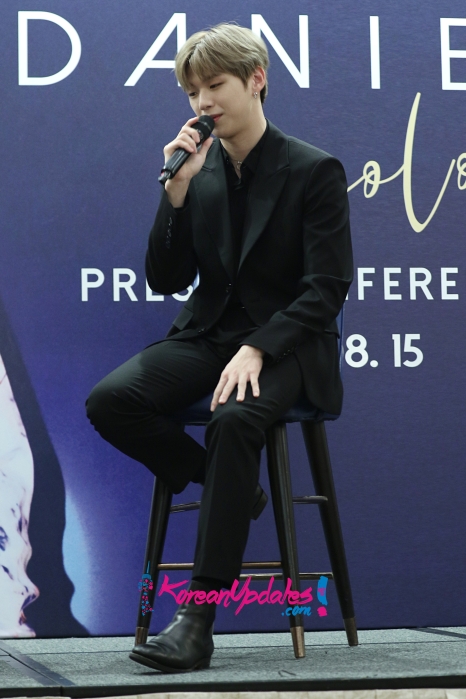 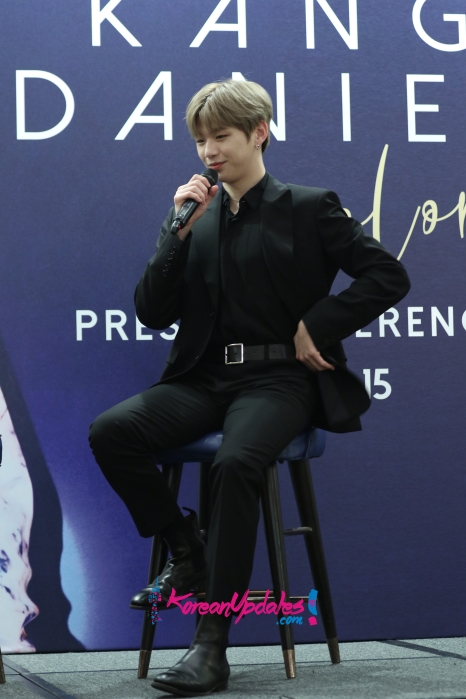 As KANG Daniel was appointed as Busan Ambassador , MC decided to have the kpop idol to introduce some must visit places and do activities when visiting Busan .

Our CEO mentioned in English that Haeundae has a great ocean view with lots of delicious food and the activities that he always do when is he back in his hometown are such as hanging out with cats and driving through the city.

To Kang Daniel Color On Me’ is not just a mini album,  but an album to show his fans what’s his potential and genre and stage performance than he never tried before. By releasing this album ,he is happy to show to fans what they’ve never seen when he was in Wanna One. Kang Daniel joked that maybe for his next album that he will challenge on a heavier concept

It was reported that Kang Daniel’s solo debut album ‘Color On Me’ has a record of 466,701 copies sold in its first week. He has also set a new record for most albums sold in the 1st week for a solo artiste

Upon knowing about the good news on achieving this remarkable record, the first thought was to thank his fans and did not expect that he would break the record.

When KANG Daniel was asked on what other records he would like to break next, he  said “Rather than breaking of records, I would want to to do something that my fans want and like” 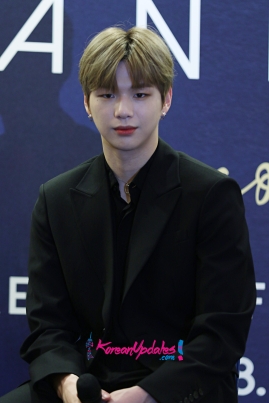 This is definitely not  Daniel’s first time in Singapore, but what he remembers most was how passionate the fans in Singapore were  when Wanna One held concert here. He remembered there were lots of screams of love and support when he was on stage.

Kang Daniel did not have  much chances  to to do a sightseeing on his previous trips to Singapore, but said that he would like to do it this time around. The CEO open to suggestions for must try food in Singapore  and even asked fans to leave their recommendations on his SNS. Do not forget to wear Pink during the fanmeeting as this this is Kang Daniel’s favourite Color!

Korean Updates would like to thanks Unusual for the invitation to the press conference.

Reported by: Jennifer Teh