This partnership leverages the global success of the K-Pop culture, or commonly reffered to as Hallyu which have gained rising popularity across the globe with South East Asia as one of their main growth markets.

The Chairman and founder of CT Corp, Chairul Tanjung said, “Of course we hope that the joint venture between SM Entertainment and Transmedia can provide good benefits for both countries”.

K-Pop has generated USD 8.2 billion to the total exports of South Korea as well as influenced 60% of international inbound tourism. Also K-Pop have a deeply loyal fan base, they have created a strong demand into digital content, merchandising, F&B and other ancillary businesses that is beyond media and entertainment.

As the pioneer of the Korean Wave, SM will bring its extensive experience in new cultural technology from casting, training, producing, marketing and management of talents.

Lee Soo Man, Chairman and Founder of SM Entertaiment, who also attended revealed the purpose of this joint venture is to develop talent in the entertainment sector. The partnership is committed to develop the creation of an Indonesian Pop (I-Pop) market which will promote the country’s diverse creative assets to the global stage.

Mr. Lee said, “Our purpose is for Indonesia to become a cultural center around the world and will expand the culture in the industry that will bring out to celebrities such as Super Junior, which is one of the famous K-Pop groups. So, our target is not only for Asia but also for global. It is my philosophy when I founded SM Entertainment in Korea, because culture is very important”.

The partners will work together to increase the quality of talents to international standards and revolutionize the entertainment industry. Indonesia’s culture is one of the main things that will advance to the world, which will be proven economically and will develop.

Lee Soo Man also asked for full support for the preparation of interesting and extraordinary projects through this joint venture. 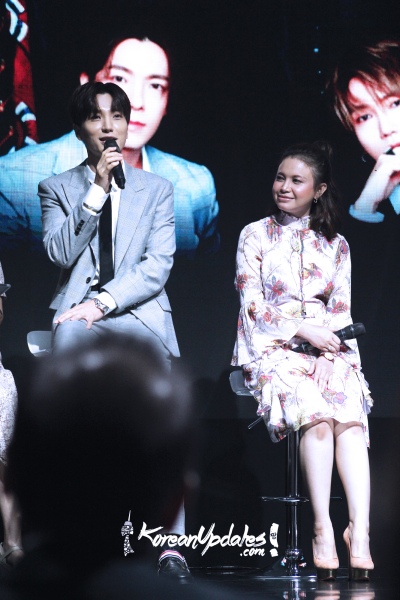 The signing of the Heads of Agreement between SM and Trans Media is followed by the announcement of its planned first artist recruitment, Indonesian top-selling singer Rossa. To kick off this partnership, the companies also announced a planned collaboration between Rossa and Super Junior’s Leeteuk.

Super Junior’s leader, Leeteuk, expressed his feeling it is an honor to be able to collaborate with Rossa, who is renowned entertainer in Indonesia, has extensive experience and loved by all Indonesian people. Leeteuk also expressed his admiration for watching Rossa’s performance at Asian Games Opening Ceremony in Jakarta.

“My heart was very pounding. So if there’s another chance, we want to hold a concert with Rossa in Indonesia and another Southeast Asian countries”, revealed Leeteuk. Rossa also expressed her excitement for the collaboration with Super Junior Leeteuk. As said by Rossa, “It’s an honor for me as Indonesian singer who can collaborate with K-Pop legend, Super Junior, who first opened the eyes of the world to Asian music with their amazing songs and music videos on Youtube. I’m looking forward to do something different through collaboration with Leeteuk.”

Super Junior Leeteuk hope that this collaboration can show something that is expected by Indonesian people and to be able to contribute too, and later will expand joint venture in the form collaboration which is definitely in line with the expectations of fans.

Besides hoping that Indonesian entertainment industry will expand well, Rossa also determined to want to be better for her and also for the good name of Indonesia. This collaboration is set to be released in second half of this year, and is highly anticipated by
both artist who were present at the event.

Last but not least, KoreanUpdates would like to thank Trans Media and SM Entertainment for inviting us to the event. Hope the joint venture will run well, provide benefits for both countries and let’s support the collaboration of the two best singers from Indonesia and Korea!